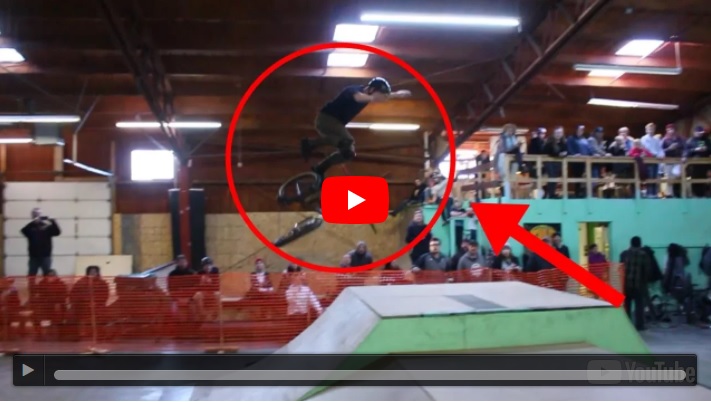 The th year in The Battle for Midwest BMX officially kicked off in Fort Wayne, Indiana at The Fort Wayne Indoor BMX & Skatepark sponsored by Wonder Wheels BMX &  Summit City Bicycles.  The weekend started off on Friday night with a practice session to help get some of the new folks used to the unique layout inside the Fort Wayne Indoor.

The day began  with a 2.5 hour practice session, Alec Rutherford was attempting to win practice but we never actually judged practice!  After practice ended we  moved straight into the contest.  Beginners were up 1st and the butterflies were tearing up everyone’s stomach for sure.  Once we got the butterflies out, Ethan Webb ended up taking the victory with various 1 footed moves and a few Steve Questa inspired wall rides was enough to take the top spot. Congrats to all the beginners who stepped up and participated in the Battle Contest!

The Intermediate Class was steep in the competition.  The man with the most course knowledge ending up with the win in his 1st ever park contest.  Tommy Badman took home the victory with various moves such as his infamous 1 handed lawn mowers to trying to double peg the big green monster wall ride!  Fort Wayne Indoor Volunteer nose grinder Kyler Baron took second place, while fan favorite DJ Martin took 3rd place in his first ever Intermediate contest!

Expert Class astonished the crowd inside the Indoor.  Oliver Foster charged the course with mindful determination as he saw his future on this day, and in his future was victory!  The battle was fierce as super close netting Aiden Amburgey 2nd place after flairing a whipping his machine around the course.  3rd place went to a well deserved Reece Serginia, Reece and his wonderful mother made the trek to Fort Wayne from Illinois on Friday to allow some time to get some lines in and it sure paid off.  Everyone in the Expert Class killed the course, congratulations are most definitely in order.

The much-anticipated Open Class finally got to take the main stage as we moved about the day in Fort Wayne.  Open class might as well been called “Pro Class” because the caliber of riding that took place was nothing short of astonishing.  Milwaukee, Wisconsin’s Jared Weidower was lighting up the course with some super hefty moves. Jared’s “nothing to behind the back clap” is one of the most beautiful BMX tricks in existence.  Alec Rutherford ended up taking the 2nd spot with dare devilish moves like 360’s off of 7 foot drops.  Matt Lough went 6,000 mph inside the park for the 1st time ever and wall slapped a wallride that did not exist prior to Matt beating it all the way up. (pulled it back in over a 6′ deck also) #Beastmode

The only thing we missed out on was the Old Fools class, we simply didn’t have enough time….